Check out our blog for more information about Zion, from animals to things to do near the park!

Often the hikes of Zion get all the attention, primarily due to their ease of access, you don’t need any real special skills or equipment to go hiking. But there are some amazing canyons in Zion that are accessed only by rappelling, and one of our favorite is Pine Creek.

In comparison this is a fairly easy canyon, but it offers some great rappels down some amazing canyons. It does have some swimming parts though (usually) so be prepared to get wet. Pine Creek is a fantastic canyon to do in Zion, so if you get the chance to do it, make certain you take it.

There is nothing better than going for a camping or hiking outside with a blue sky and the sun shining very brightly at you, especially in a place like Zion National Park. However, in some instances, the weather may sometimes be unpleasant and force us to change our schedule or hiking location. Or worse, the weather may change into a bad situation while you are already on the trail or in the camp site. In this article, we will teach you some tips that you can use in order to be safe while being troubled by a storm on your hiking or camping trip, and more importantly, we will teach you how to determine whether a storm will be coming on your way. Hopefully if you’re ever hiking in Zion and encounter some of these things you’ll be better equipped as to know what to do. 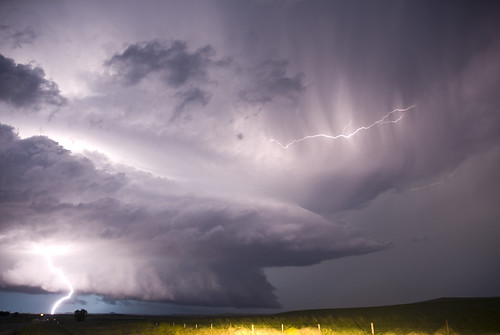 How to Predict a storm in Zion and Elsewhere:

If you are a camper or engaged in any outdoor activity, you should take time to consider the weather that you may encounter. Before the day of your planned camping, make sure that you observe the sky. See if the sky is darkening or if there are flashes of lights or if the wind is unusually strong. Also, listen for any rumbles in the sky. If you can hear rumbles in the sky, that only means that you are close enough to the storm and that there is a chance that you can be struck by lightning. In that case, quickly go to a safe place where you will be protected.

There is actually a simple criterion on how you can estimate the distance of the lightning: a light travels at a speed of 300,000 km/s while the sound travels at 330 meters per second. In short, to measure the distance, count the seconds of intervals between the flash and the thunder and multiply it by 330. For example, there is a three (3) second interval between the lightning and the thunder then, 3 sec x 330 meters/sec = 990 meters.

If you are determined to reach the top of the mountain or to finish a route then you should take note of the following:

What to do During a Zion Canyon Storm:

The Subway hike in Zion National Park is one of our favorite hikes (we may say that a lot, but we really really like this one too). It is not for those unprepared (you need a permit too) as it is a quite grueling hike. The beauty offered is very close next to none.

From the descent, to the slot canyon, to the cascading waterfalls, to the pot holes, it’s just a beautiful hike and canyon. With springtime comes the new batch of chickens. We have quite the assortment we are raising this year. We have Rhode Island reds to Polish hens. Hopefully we can keep the raccoons out this year. We will be picking up new ducklings this year to replace the old ducks that retired last year. We hope you will stop by and see this chicks and ducklings as they grow. New life on the farm is pretty awesome to watch. Only problem is like all new things they grow up way too fast.

It is almost here again. Time to meet in the back lawn at Bumbleberry and search for those “elusive” Easter eggs. The fun begins at 9:30 am in Saturday April 19th. Everyone is invited to come join in the fun. Make sure you BYOB (that means bring your own basket). Oh and don’t forget the camera! You’ll want to take pictures of the hunters.

With Labor Day weekend over Zion National Park enters its next season.  The weather is cooling but yet still warm enough to be comfortable.  Kids are back in school and the trails are perfect for the seasoned hikers or those who want a quiet getaway.  September is a busy time of the year in Springdale so it is always best to call ahead and book your reservations.  Repairs and upgrades are being made on Angels Landing trail to make it an even better experience.  This the perfect time of the year to do my favorite trail, East Rim Trail to Observation Point.  It is a bit of a climb but you don’t have to rush the hike and the vistas from the top on the mountains is more than worth the effort to get there.  There are portable potties up top for your comfort.  Make sure you bring a camera, one that can do panoramic photos would be even better.  Make sure you have your Bumbleberry Pie during your adventures here in Springdale and Zion National Park.

Another “Free Park Day” has come and gone – don’t miss the last 2 of the year!  September 25th and November 11th the park entrance fee is waved which makes it the perfect time to visit Zion.  Get reservations now before they fill up!

I don’t know what it is about July.  As business owners we all talk and it isn’t just here in Springdale.  Seems July is a slow month for visitation to the national parks.  I guess that is a good thing for a visitor because you have all the amenities of a busy season without the crowd of people.  Some say that July is too hot and that is the reason.  July isn’t the hottest month so I don’t really know if that is the real reason.  The reason isn’t important though.  What is important is you can enjoy Zion National Park without a crowd.  You can get into restaurants and gift shops without waiting.  Basically you can enjoy the wonders without the hassles.  With the steep cliffs of Zion you can even do the hikes that are shady all day long and not be in the sun.  Those hikes that are more exposed to the open can be done early morning or late afternoon to avoid the heat.  As always there are the refreshing swimming pools.  Here is another wonderment I have had.  Why would you go into  a hot tub that is 100+ degrees when the outside temperature is 100?  Isn’t the idea of water to cool you down?  What are your thoughts on the reason July is a slow month?  If you have thoughts on either of these questions I would love to hear from you.

Zion Park just announced new construction hours – the road WILL BE OPEN 8am to 8pm and ALL DAY on the weekends and holidays so don’t let the slight construction deter you from visiting!
http://www.nps.gov/zion/parknews/zion-announces-new-road-reconstruction-schedule.htm

We’ve got beautiful weather, great hiking, fantastic new pool and hot tub and as much Bumbleberry Pie as you can eat! Be sure to book your vacation to Zion and Bumbleberry Inn now!